Users deposit alUSD into the Transmuter. As the yield comes in, it will credit users DAI proportional to the amount they have staked. When a user chooses to withdraw the converted DAI, an equal amount of alUSD will be burned.

One interesting side effect of this process is that a user's position can be over-filled. For example, a user deposits 1000 alUSD, and some time later, that staking position will have 1050 DAI filled. Once a user has gone past this limit, it is possible for other users to initialize a claim on their behalf. For any balance of DAI over their staked alUSD, the user who claimed on their behalf will have that surplus in amount immediately convert their staked alUSD. In the case of the example above, the user who claimed it will have 50 of their alUSD immediately converted into DAI. If the person who staked the alUSD claims their DAI with a surplus, the surplus will be cycled back into the Transmuter and be spread globally.

The Transmuter was upgraded and now deploys its capital into the yearn yvDAI vault. The yield it harvests is passed into the Alchemix Vault contract and boosts the yields of DAI depositors. This loop also effectively compounds yield in the system, thus helping to repay loans even faster. There is a 5 million DAI buffer that is not deployed to the yearn yvDAI vault in order to improve the UX of using the Transmuter by saving users gas for calling the transmute function. 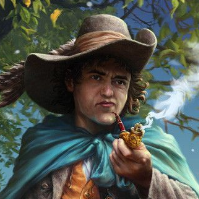